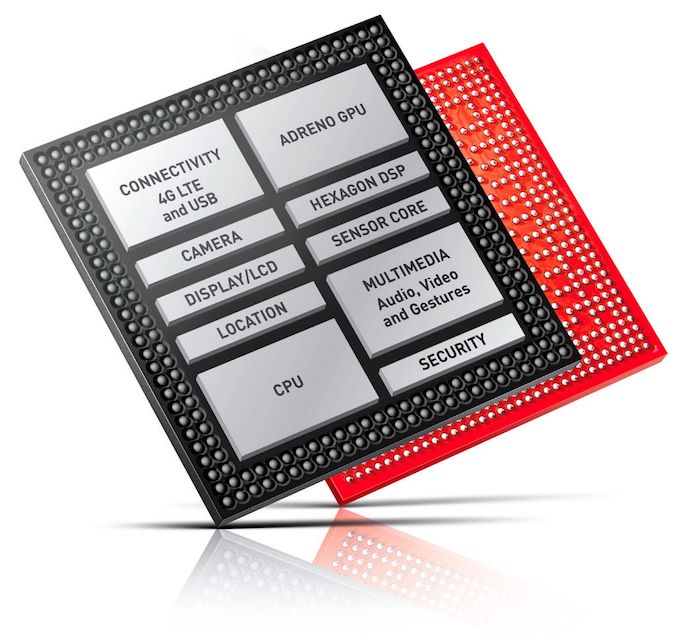 Qualcomm this week has announced three new chipsets complementing their low-mid-range and low-range processor offerings: the Snapdragon 720G, 662, and 460 SoCs. The new chipsets are said to focus on emerging markets such as India and are also amongst the first to offer platform connectivity features such as the new Navigation with Indian Constellation (NavIC).

Starting off with the Snapdragon 720G, the first we note that the features of the SoC looks extremely similar to the Snapdragon 730. We never had a regular Snapdragon 720 so it’s a bit weird for Qualcomm to directly come out with a “G” version which is usually used for denominating a better GPU / gaming binned variant of an SoC.

The Snapdragon 720G shares the same feature set as the Snapdragon 730, but comes with an extra 100MHz boost on the big cores. Other small differences between the two SoCs is Qualcomm’s description of it using a newer Hexagon 692 DSP as opposed to the 688 variant in the S730.

All in all, whilst this should be a new silicon design, in practice it feels more of a stepping variant of the Snapdragon 730.

In the Snapdragon 600 range we’ve seen a ton of releases over the last few years, which makes the new Snapdragon 662 even more weird in terms of how it’s positioned in the market. A lot like the S720G situation, the new S662 looks extremely similar to the Snapdragon 665.

The CPU and GPU configuration is said to be identical between the two chips, but then there’s some differing features such as a Spectra 340T ISP instead of a Spectra 165, as well as a Hexagon 683 versus a Hexagon 686. Admittedly, Qualcomm’s marketing naming here doesn’t necessarily mean there’s actual IP changes in the SoC, but it’s not the first time we’ve seen Qualcomm tape out almost identical SKUs over time.

A more notable difference in capabilities is in the media features as the S662 is only able to do 1080p60 video as opposed to 4K30 on the S665, as well as having a slightly worse X11 modem which can only do 2x carrier aggregation as opposed to 3x for the S665 X12 based modem.

Actually, the biggest news this week was the announcement of the Snapdragon 460. Unlike the less exciting 720G and 662, the 460 represents a big leap over its predecessors, finally representing a major upgrade to the 2017 Snapdragon 450.

The Snapdragon 460 for the first time now brings big CPU cores into the 400-range which should be almost a 2x increase in performance over past series chipsets. Qualcomm here is making use of 4x Cortex A73 derived CPUs at up to 1.8GHz, alongside 4x A53 derived CPUs at an undisclosed clock (likely a similar 1.8GHz).

The GPU sees a big upgrade in transitioning to the 600 Adreno series with the Adreno 610, and Qualcomm is quoting a 60-70% performance uplift compared to the Snapdragon 450.

The new chip also now for the first time support LPDDR4X, doubling up on the available bandwidth in this low-range of SoCs. The new chipset is manufactured on a Samsung 11LPP process node, which should be a nice efficiency upgrade over the 14nm process of the S450.