In addition to launching its new MacBook Air and iPad Pro, Apple on Wednesday refreshed its Mac Mini lineup of ultra-compact desktops. This time around, the company doubled storage capacity on systems featuring standard configurations, so the cheapest Mac mini now features a 256 GB SSD.

Apple now offers two base configurations of its Mac mini:

Previously, these systems featured a 128 GB or a 256 GB soldered-down drive, respectively. 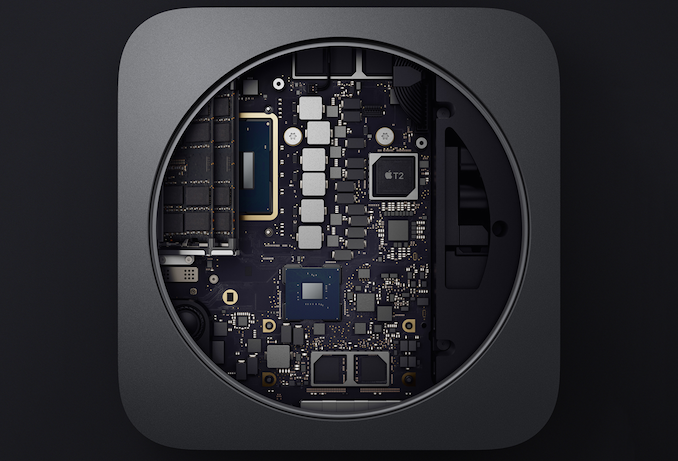 Apple’s current-generation Mac mini was originally introduced in late 2018. It is based on Intel’s Coffee Lake CPUs with Intel UHD Graphics 630 as well as the Apple’s T2 security chip for encrypted storage and secure boot.

Apple decided not to upgrade the base of its entry-level systems, so the top-of-the-range configuration can be equipped with a hex-core Core i7 processor, 64 GB of DDR4-2666 memory, a 2 TB SSD, and a 10 GbE port. The highest-performing Mac mini costs $2,999.

All the latest Mac mini PCs have two USB 3.0 Type-A ports, an HDMI 2.0 header, a 3.5-mm audio connector for headsets, and four Thunderbolt 3 ports to connect an external graphics adapter, a storage system, and an Ultra-HD display.