The Motorola Xoom Giveaway, Round 3

When we reviewed Motorola's Xoom, all that was available was the $799 3G version. Since then Motorola has released a more affordable $599 WiFi only edition with 32GB of NAND on board. Inside the Xoom, as you're all familiar with is NVIDIA's Tegra 2 SoC. Tegra 2 was Google's reference SoC for the Honeycomb release of Android, and thus it's been the heart and soul of all recently announced Honeycomb tablets.

NVIDIA, eager to parade its success with Tegra 2, shipped me a box containing four WiFi Motorola Xooms to give away to our most loyal readers. We're still trying to contact the winner of the first Xoom (AyashiKaibutsu). The second Xoom goes to AnandTech reader jrtroo, respond to my email to claim your prize! Remember you have seven days to claim your prize otherwise you

forfeit it. Also remember that the contest is only available to legal residents of the United States (excluding Puerto Rico). Be sure to read the eligibility section to make sure you aren't disqualified if you win!

Here's a shot of the remaining two: 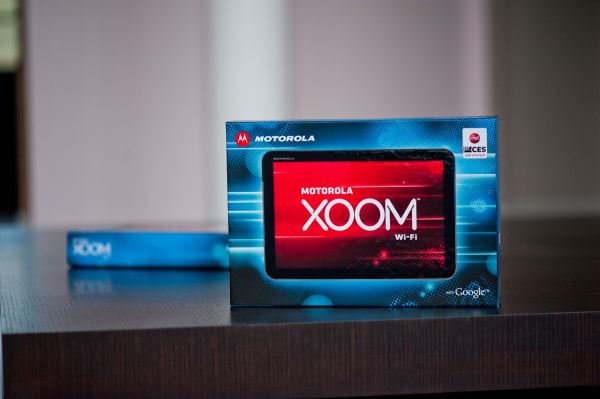 We'll be giving one away every two days until we're out of WiFi Xooms. Sound like a plan?

To enter the contest simply respond to this post with comment explaining something you'd like to see in the next-generation of tablets or SoCs (please only respond once). Good luck!

Now the basic rules. The contest is only available to US residents and you're only allowed to enter once - for full details read below.

Upon entering any contest, sweepstakes, or promotion (a “Promotion”) offered by anandtech.com (the “Site”), a website owned and operated by AnandTech, Inc. (“AnandTech”), you must agree to the following Official Rules and Regulations (the “Rules”) as well as any additional rules governing a specific Promotion that AnandTech publishes on the Site.

NO PURCHASE NECESSARY TO ENTER OR WIN.  PURCHASE DOES NOT INCREASE CHANCES OF WINNING.