We got off pretty easily with our 7750 launch recap earlier today - with only three cards, it was pretty simple to compare and contrast them and be done with it. The 7770 represents the higher end of the mainstream, though, and as such AMD's partners appear to be pushing it into the channel a bit more aggressively. We've got ten cards to look at this evening, details about which you can find in the tables below.

Our 7750 and 7770 series review noted that these cards provided excellent performance per watt, each of which competes with (7750) and outperforms (7770) the old 5700 series while using significantly less power (remember, the 6700 series was just a rebrand of the 5700 cards). The downside comes in gaming performance for the price - the 7770 is generally outdone in performance by the 6850, which can currently either match it or beat it in price after rebates. That said, if you want decent performance and GCN features without shelling out for a pricier 7900-series card, the 7770 may be the card for you.

As I noted in the 7750 roundup, manufacturers haven't standardized on a unit of measurement for their cards - some measure in inches and some in metric. I've done the necessary conversions and presented all measurements in both inches and millimeters, but manufacturers play a bit loose with these measurements and the actual physical dimensions may not exactly match the dimensions given on the spec sheet.

Common to all of these cards is 1GB of GDDR5 on a 128-bit bus, Eyefinity support, and all of the features inherent to GCN (including DirectX 11.1 and OpenGL 4.2 support and a host of others). All cards also require a single 6-pin power plug, making their power supply requirements just a bit more demanding than the 7750. 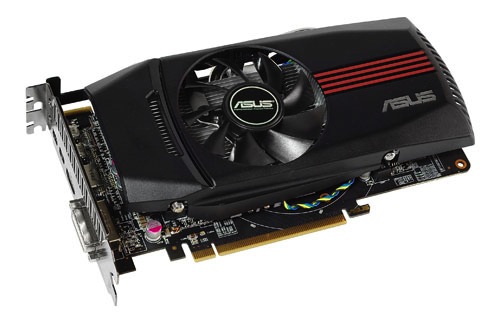 This ASUS card is the first of several on our list to come in at $159.99, the cheapest price point in our recap and the one to beat if you want a 7770 for the least amount possible. This card has a very slight 20 MHz core overclock and 25 MHz memory overclock - barely worthy of the name - but acquits itself better with a solid 3-year warranty and a modest bundle of accessories (it is one of only two cards in this recap to include a CrossFire bridge). 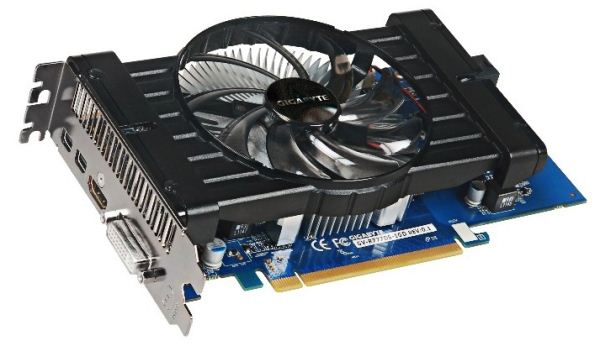 This card's oddly-shaped cooler is the most distinctive thing about it, but it's certainly not a bad deal despite its stock clocks. It costs $159.99 and comes with a 3-year warranty, and according to the manufacturer-supplied measurements it's one of the shorter cards on the list as well.

*: Gigabyte also lists an OC edition of this card (GV-R777OC-1GD) on its web site, but it isn't avalable through Newegg as of this writing. The only difference appears to be its core clock, which is 1100 MHz instead of the 1000 MHz default.

**: This card may come with additional accessories, but none are specified on the card's product page or shown in any available product pictures. 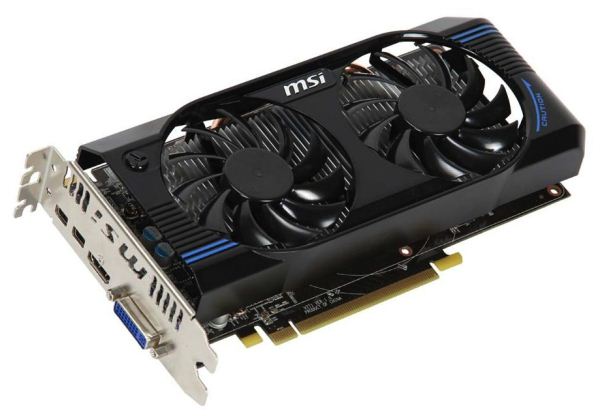 The MSI card, another $159.99 offering, runs stock memory clocks and offers just a 20 MHz core overclock, but its cooler is more impressive than the single-fan offerings - it uses a slightly larger version of the dual-fan cooler included on its 7750 offering - the fans on the 7770 are larger and the cooler is extended to cover the longer PCB, but the styling is otherwise identical. The large fan may make for a better overclock, if that sort of thing appeals to you. The 3-year parts/2-year labor warranty isn't as good as some on the list, but is a bit better than the two-year warranty on many of the other cards. 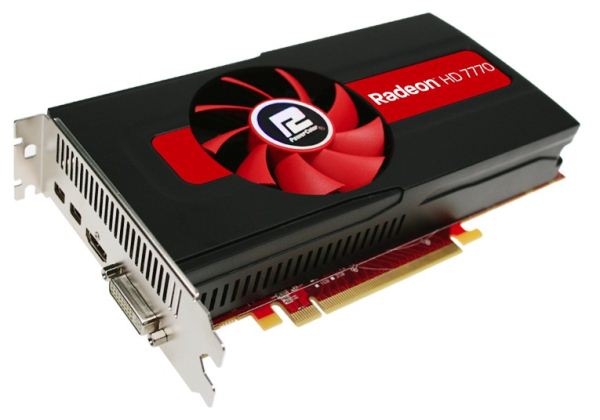 PowerColor's contribution to the list is also unremarkable - $159.99 gets you a card with stock clocks, a 2-year warranty (tied for the shortest on the list), and a rather basic-looking single-fan cooler. It does include a Mini DisplayPort to DisplayPort adapter if you need it, but otherwise this one doesn't stand out from the crowd. 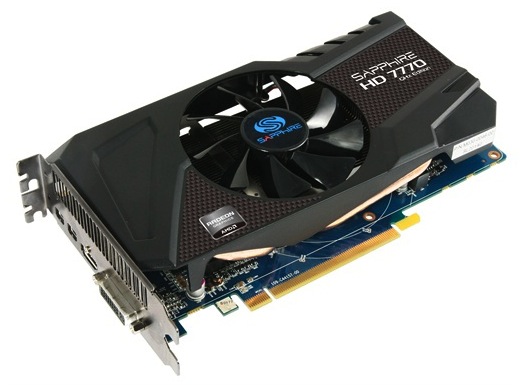 Sapphire's got three cards on our recap list, and they all use the same single-fan cooler and offer the same 2-year warranty. This one is the cheapest of their offerings at $159.99 and just runs at stock clocks, but it offers a slightly more robust set of accessories. If you're an overclocker, the fact that Sapphire uses the same fan in both this card and its substantially overclocked OC Edition means that you stand a pretty decent chance of getting a good overclock without running into cooler-imposed limitations, but (as with all overclocking) your mileage may vary.

First, some strangeness - Sapphire's web page is only listing two SKUs for the 7770, one the stock-clocked GHz Edition card we just looked at, and one the overclocked OC Edition that we see here. However, Newegg is listing two separate part numbers for this card, one of which sells for $169.99 and $179.99. The difference appears to be in accessories - the more expensive SKU is packaged with an HDMI cable and a CrossFire bridge along with the other accessories. Because the cards are otherwise identical, I'll lump them together here, but if you need either of those two accessories you should consider the more expensive card.

Strange SKU issues aside, both of these cards offer the best overclock in our list, with a 15% (150 MHz) core overclock and 10% (125MHz) memory overclock - compared to most of the other stock overclocks in this list, this one should actually give you a measureable increase in framerates. 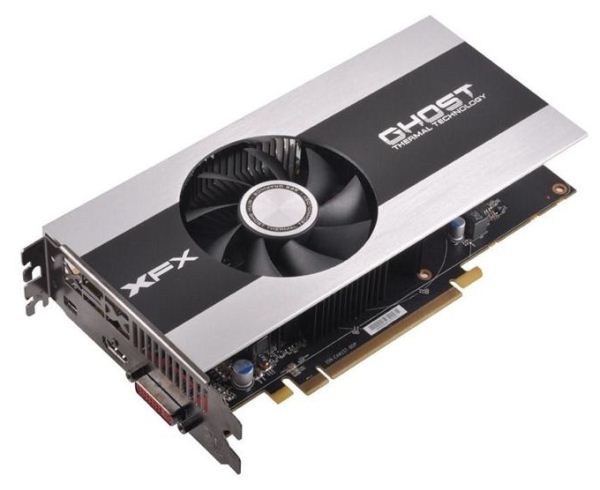 As was also the case with the 7950 launch, XFX is actually offering four cards using two different coolers, and each cooler ships on one card with stock clocks and one card with an overclock. Newegg is only selling three of these SKUs at present, though, so those are the ones we'll focus on.

Like so many cards on our list, this guy comes in at $159.99 and features only a 2-year warranty (compared to the lifetime warranty on the other XFX SKUs). However, I have to ding XFX for including only one Mini DisplayPort on all three of its cards - every other card in our lineup includes two, and this limits the XFX cards a bit when it comes to EyeFinity setups - every other card in the lineup can drive six displays, but the XFX cards can only handle four. Beware, if that's why you're looking at these cards. 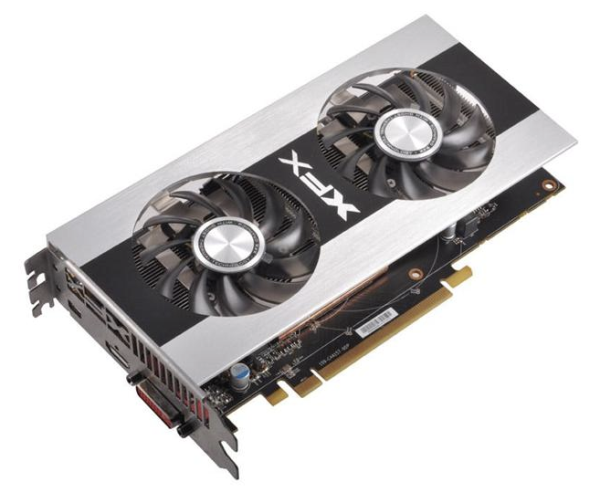 This Double Dissipation Edition card could be described as a mix of the Core edition card above and the Black Edition card below - it runs at stock clocks, but includes the larger heatsink and fan (meaning that overclockers stand a decent chance of getting Black Edition clocks for $10 less). It's tied for second-most expensive at $169.99, but features a lifetime warranty that the Sapphire card can't match - if you don't need two Mini DisplayPorts or a lot of accessories, this card's warranty makes it appealing.

This is the same card as the Double D edition above, right down to the lifetime warranty and included accessories, but it sports roughly 9.5% overclocks on both the core (1095 MHz) and memory (1245 MHz) along with a $10 increase in price - at $179.99, it's tied with the higher-clocked Sapphire OC Edition card as the most expensive in this recap. As with the Double D Edition, warranty good, one Mini DisplayPort bad.