I was reminded yesterday of the Droid RAZR launch event. One of the RAZR product managers excitedly leapt at the opportunity to run me through some benchmarks on the demo device, a rare opportunity at these sorts of events. The results were, for the time, startling. Motorola took some time to optimize the browser in ways that set it head and shoulders above the competition in some benchmarks. The result was a Sunspider score that was fully half of its predecessor the Droid Bionic.

That's how I felt as I started to run the Motorola Atrix HD through its paces yesterday. The Atrix HD softens the hard edges of the RAZR design philosophy a touch, and to good effect. The white sample we received is understated and rather pretty, though I wonder if I wouldn't have preferred an all white back, rather than that expanse of Kevlar. And inside, Motorola has moved on from the OMAP 4 that won their hearts last year and adopted Qualcomm's Snapdragon S4. Yes, the MSM8960 scores another design win.

The results we're seeing, though, are a bit odd. 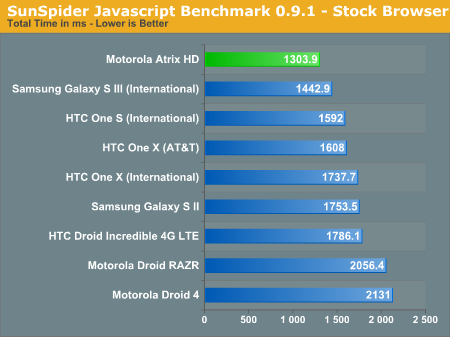 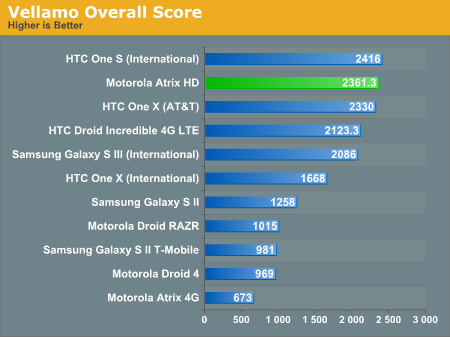 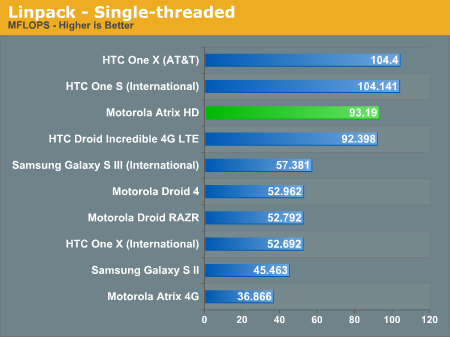 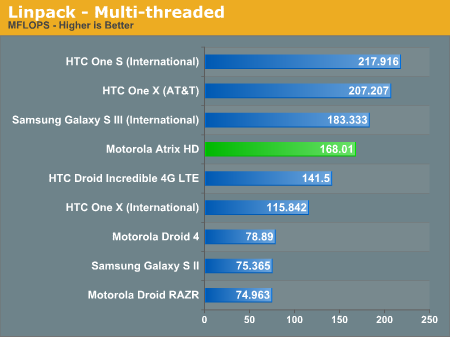 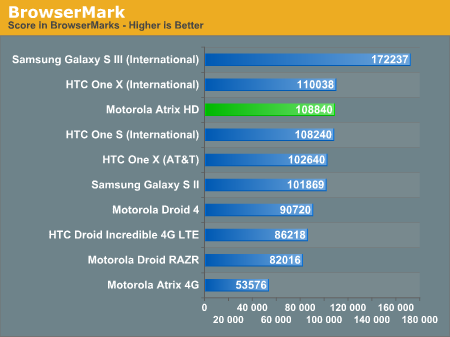 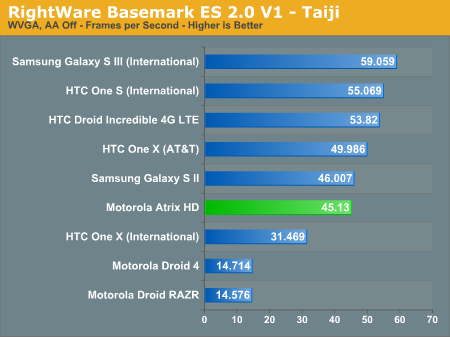 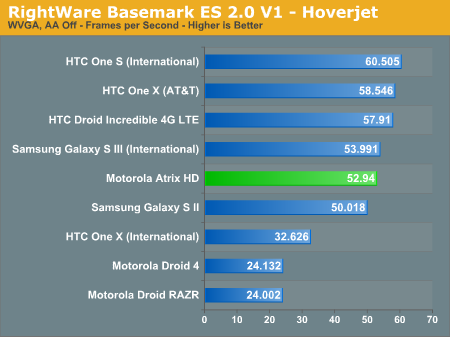 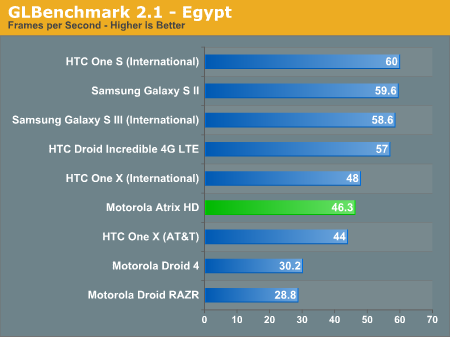 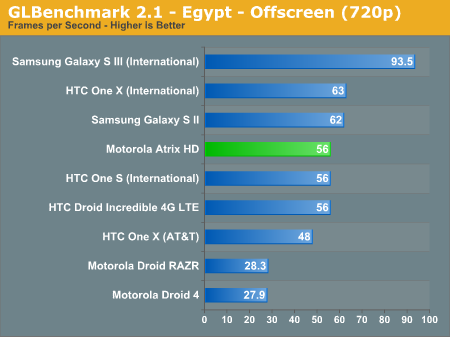 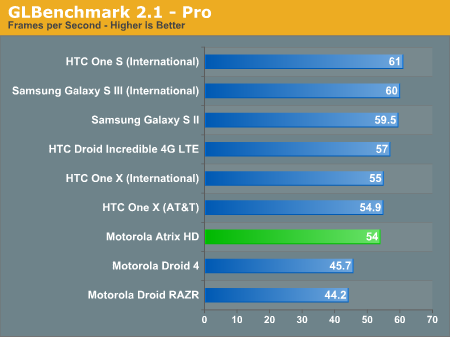 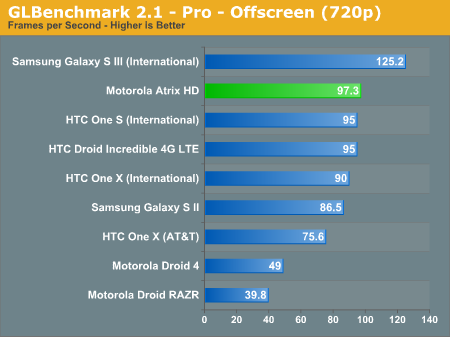 In the PC space there've been countless periods when we've had our suspicions that something sneaky was happening behind the scenes to generate extreme results in synthetic tests. I'm not suggesting Motorola's done something untoward; moreso than in the PC space, the AOSP code all OEMs start with leaves plenty of room for them to optimize to a particular hardware set-up. The numbers in the Sunspider score, though, exceed even Qualcomm's own Mobile Development Platform. Meanwhile, the rest of the benchmarks strike a much more conservative tone. We'll try and do some digging to figure out what's happening to generate these results leading up to the review. And we'll keep a close eye to see whether these synthetic results translate to real world performance.

For now, let's talk about Motorola's ICS skin, a huge departure from even the not-Blur variations we'd recently seen. All OEMs have their own clock/weather widget, and Motorola is no different, theirs is playful and features transparency effects that are oddly satisfying and allow the background to peek through. Folders work just like vanilla ICS, but home screens are laid out in a left to right fashion; and in a departure from other skins, only the main home screen is populated initially, the rest are fully absent. A swipe to the left reveals a prompt to add a blank page or one from a template. Motorola also tweaked some of the app icons, so a swipe up or down from atop the Phone icon brings up a Favorites pop-up, or Bookmarks for the Browser. This is actually a nifty way to add this functionality without cluttering your home screens with widgets, and I say kudos to Motorola for this one.

I haven't had a chance to characterize the display, but subjectively colors are bright and viewing angles are great. The body feels incredibly sturdy, as the RAZR before it, and the textured ring that goes around its edge has a pleasant tactile contrast to the smooth plastic of the rest of the frame. One note on that frame, around the display it is a glossy white plastic, but along the back it is a matte pearlescent white, not sure why the two-tone effect but it isn't jarring even when noticed. The larger screen means the excessive bezels of the RAZR are gone, while the Kevlar back continues to feel a bit out of place. We've only just begun our review process so we'll get back to it.