It was teased at this year's CES demonstrating VoLTE calls, we saw it working in a reference design, and today, Broadcom is finally ready to make their first LTE-enabled baseband official, dubbed BCM21892. This is again Broadcom's eagerly anticipated launch LTE baseband, and supports a pretty impressive set of features for their first entry. 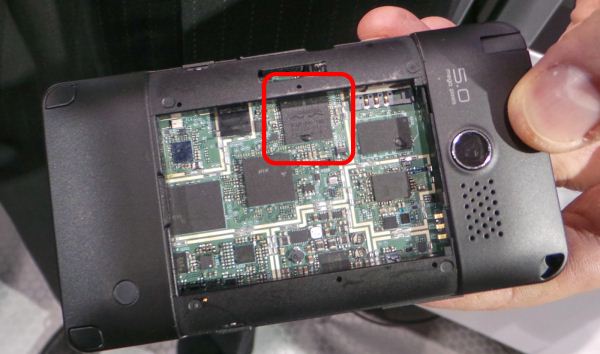 BCM21892 includes support for GSM/EDGE, WCDMA up to HSPA+ 42.2 (DC-HSPA+), TD-SCDMA for China, and UE Category 4 (150 Mbps on the downlink) LTE-Advanced with both TDD and FDD duplex modes. There's no CDMA2000 1x/EVDO which is pretty much expected, but more on that in a moment. BCM21892 is a 3GPP Release 10 part, which is again the LTE-Advanced release that includes things like LTE carrier aggregation inter and intra band. Broadcom tells me they will support carrier aggregation modes for LTE, and WCDMA. MIMO support on BCM21892 is 2x2. In addition, there's support for VoLTE calling (which we saw demonstrated) and 3G fallback modes for migrating that call over to WCDMA and GSM as necessary. In addition Broadcom claims they have enough performance to run an operator's IMS stack entirely on their baseband.

BCM21892 is built on 28nm HPm process, which is the TSMC High-K Metal Gate for Mobile. Broadcom claims that their total solution area is 35 percent smaller than their main competition. I asked for a total package size, but they're not quite ready to disclose that. Another interesting tidbit is that Broadcom is including their transceiver inside the baseband package. DRAM is also inside the package, which is pretty common these days. There's still an external PMIC/PMU, which is also Broadcom's own design.

Interestingly enough Broadcom claims it can do 8 bands (I'm assuming they're talking about primary receive) on its transceiver, which is one more than Qualcomm's 7 primary Rx ports on WTR1605/L. I asked about the low / mid / high / very-high configuration for Broadcom's transceiver, but they're not quite ready to disclose that information.

There's no GNSS/GPS support on BCM21892 at the moment, Broadcom envisions customers using one of their discrete GNSS devices for this, since their WLAN/BT/FM/NFC combos also don't include GNSS support. It isn't too much of a stretch to picture GNSS moving onto the baseband with some future revision, however.

I asked Broadcom about what it views is BCM21892's market differentiation, and it comes down to three things. First is again package size, which is 35-37 percent smaller as noted, second is envelope tracking which I touched on, and third is perhaps the most interesting – improved coexistence and collaboration with Broadcom's combos (BCM4330/4334/43341/etc) on the unlicensed 2.4 GHz band and nearby adjacent licensed bands. This is particularly important or interesting for Dish Networks and AT&T for example, on the WCS band at 2.3 GHz.

The last real big remaining question is what Broadcom will do in the USA where having CDMA2000 1x/EVDO is a relevant discussion point for operators like Verizon Wireless or Sprint. The answer is that for at least Verizon, the goal is to get LTE (and later, LTE-A) on Band 13 (and later 4) up to parity with existing CDMA2000 coverage profiles, and then use VoLTE for voice. For data, we're already seeing the result of some of the newer RFPs (Request For Proposal) which don't even include CDMA2000 as a requirement, for example Samsung Galaxy Camera on Verizon which is solely band 13 LTE. It isn't entirely surprising to see CDMA2000 support become something of a non-issue by end of 2013, early 2014 when Verizon finishes its LTE rollout. I noted it in my writeup from the CES VoLTE demo, but there's no surprise that Broadcom chose Verizon's Band 13 for its VoLTE demo given that situation.

The rest of the discussion is operator and OEM support, which Broadcom claims is enthusiastic and already heading into field trials. The market at present for smartphone connectivity with LTE has really been dominated by Qualcomm, and Broadcom entering the fray with a competitive offering should make things interesting. Timing wise, BCM21892 is sampling right now, with production in early 2014.