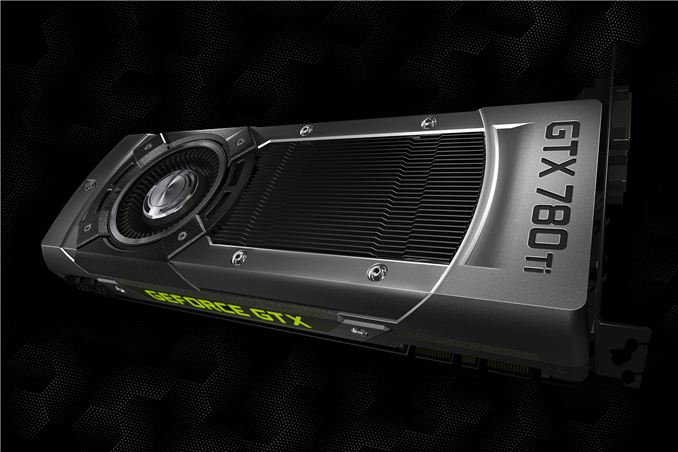 Although AMD’s forthcoming Radeon R9 290X has yet to launch, NVIDIA has seemingly decided to go ahead and announce their 290X counter product ahead of time. With that in mind, as the final announcement of NVIIDA’s Montreal game showcase NVIDIA has briefly announced their upcoming high-end gaming card, the GeForce GTX 780 Ti.

As something of a bare bones announcement, at this point we don’t have any solid details on the card other than a name and a market position. The GTX 780 Ti is being positioned as NVIDIA’s new high-end gaming card, replacing the existing GTX 780 in that role. Specs, pricing, and the underlying hardware are all unknowns at the moment. Though the reasonable assumption right now is that we’re looking at something to replace the GTX 780 in its $650 slot, and that it will be another GK110 card with higher clocks and/or more SMXes enabled. Furthermore from the very brief glimpse of the card it looks like it will be using the company’s GTX Titan cooler, or a minor variation on it.

NVIDIA tells us that the card will launch in the middle of November, presumably after the 290X launches but before NVIDIA misses out on too much of the holiday shopping season. The NVIDIA TWIMTBP title Assassin’s Creed IV drops on November 19th, with next-generation console releases also planned in that timeframe, so we’ll see if NVIDIA tries to get ahead of those launches. In the meantime we’ll have more details as they become available.