All good things must come to an end, and for NVIDIA’s Direct3D 10 generation GPUs that end is just about here. NVIDIA has posted a document to their support website this week announcing their plans to drop driver support for their D3D10 GPUs, and how future support for those products will work.

With the forthcoming Release 340 driver set NVIDIA will be moving their D3D10 GPUs to legacy status, which will make R340 the final driver branch to support these products. The branch after R340, R343, will drop support for D3D10 GPUs, leaving Fermi, Kepler, and the new Maxwell as the only GPU families supported in newer driver releases.

As for R340 and their D3D10 GPUs, while the move to legacy status means that these GPUs will no longer receive performance optimizations and new driver features, NVIDIA does leave the door open to further bug fixes with further R340 releases. Officially R340 will support these GPUs until April 1, 2016, so NVIDIA is planning on continuing to support these products in some fashion up until then. But it’s worth noting that legacy products aren’t on a planned driver update schedule like current generation products are, so bug fix drivers are issued on an as-needed basis. For comparison, NVIDIA’s DX9 GPUs, which went legacy back in October of 2012, have received a driver update as recently as February of 2013.

Meanwhile it’s worth pointing out that this move to legacy status will be for all of NVIDIA’s product lines using these GPUs: GeForce, Quadro, and Tesla. So along with GeForce cards ranging from the GeForce 8800GTX to the GeForce 405, the move to legacy will also impact NVIDIA’s first-generation Tesla 1000 parts, the Quadro FX series, and more. The extensive list of affected products can be found in NVIDIA’s announcement. 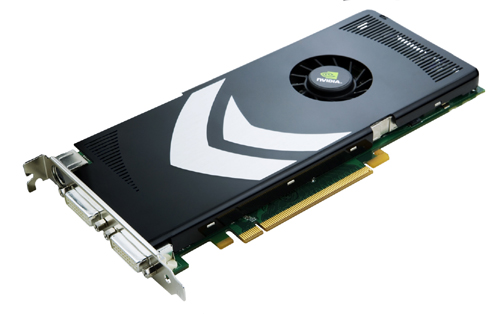 On a tangential note, compared to NVIDIA’s legacy D3D9 products it looks like NVIDIA’s D3D10 products will have received roughly the same length of mainstream support. With GeForce 8800GTX turning 8 this year and GeForce 405 turning 4, NVIDIA’s D3D10 products have been supported for between 4 and 8 years. This is about a year less than D3D9 on the low end and roughly the same length of time on the high end. Unsurprisingly, those products from earlier in the generation have received a longer period of support overall, due to the fact that NVIDIA retires products whole generations at a time.

Wrapping things up, today’s retirement announcement means that D3D10 GPUs as a class are just about at the end of their lives. With AMD having moved their D3D10 GPUs to legacy status back in 2012 and now NVIDIA in 2014, both of the major dGPU vendors have put their pre-D3D11 products out to pasture. This leaves Intel as the only vendor with D3D10 parts still receiving mainstream support, as Intel did not gain support for D3D11 until Ivy Bridge in 2012.

As such it will be interesting to see how forthcoming game development is impacted by this. With D3D10 GPUs now existing as legacy products, and with the current-generation game consoles being D3D11 based, will developers as a whole continue to support D3D10 GPUs after 2014? We will have to see what the future brings.