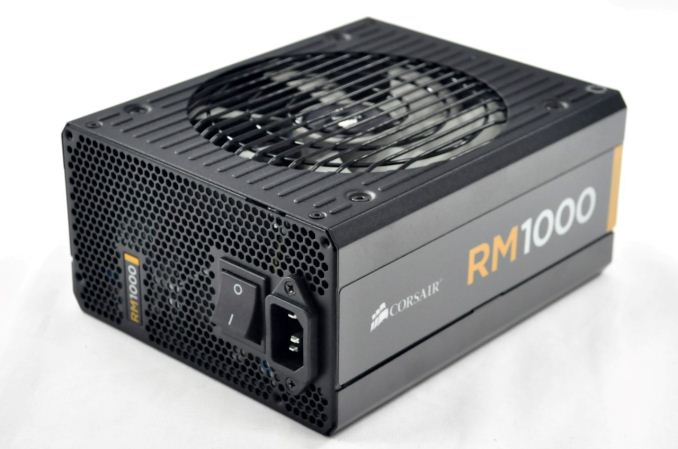 Corsair has created a good reputation for their branded PSUs, and today they are among the most popular choices for gamers and enthusiasts. The first PSU from Corsair to find its way into our new testing lab is the RM1000, an 80 Plus Gold Certified unit with a rated output of 1000W at 40°C ambient. Given the rated power output and retail price of $169.99 after rebate, the RM1000 is understandably targeted at advanced users and gamers, and very few PCs require so much power. The target audience can be quite demanding, however, and a simple 80 Plus Gold certification is not enough to entice such users, so let's see what else Corsair has up their sleeves.

The RM series PSUs are optimized for silence and there are currently six models, ranging from 450W to 1000W. That makes the RM1000 the most powerful model of the series but it also is significantly different from the less powerful models as well. In fact, it's almost entirely different. The 750W and the 850W models come from a different ODM, as they are based off of Chicony Electronics designs, while Channel Well Technologies (CWT) supplies the other four models. As such, the RM1000 and the RM450/RM550/RM650 are all based on a CWT design, yet the RM1000 we're looking at is based on a different platform than that of the lower wattage models.

Corsair has had many CWT derived designs in the past and most of them were very popular among advanced users. However, times have changed and there is stiff competition in the market right now, especially in this particular segment, as every single manufacturer apparently wants a high performance 1000W model as their halo product, and the market has been virtually flooded with such PSUs. Not surprisingly, it's no longer possible to compete at the top of the market by simply offering a "high performance" PSU. Let's have a thorough look at the RM1000 and see what it can offer to consumers and where it falls short.

We received the Corsair RM1000 inside a large, interestingly designed cardboard box. Most of the box is grey with yellow colored accents, the series' trademark. The front and sides of the box are relatively tidy, with badges and summarized descriptions of the most important features. The rear of the box offers a wealth of information regarding the performance of the power supply, summarized in charts and a table rather than tons of marketing text. 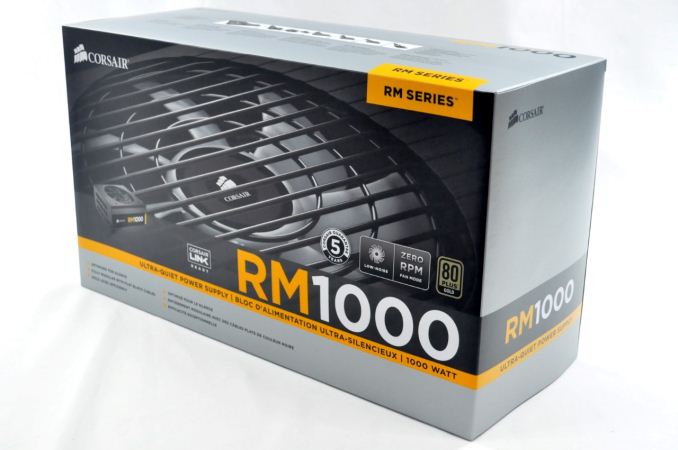 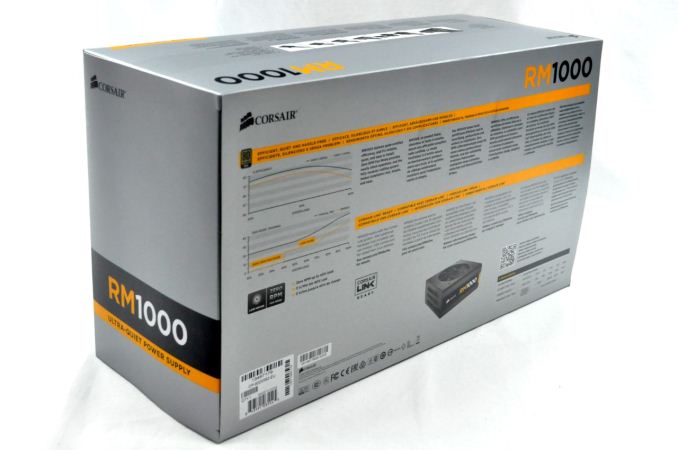 The Corsair RM1000 bundle is adequate, but it could have been better for a unit of this class. Alongside the power cord, manual and screws, Corsair also supplies a few cable ties, a case badge with the company's logo, a Corsair Link interface cable, and an advertising leaflet. 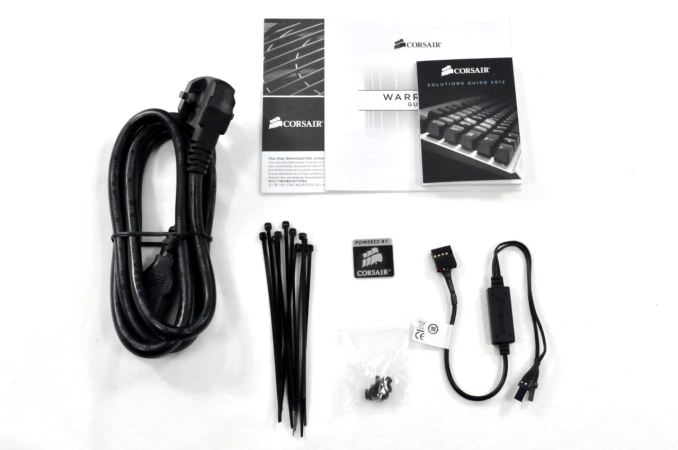 As this is a high output, fully modular unit, numerous cables are supplied alongside the PSU. All of the cables, including the ATX connector, are black ribbon cables without sleeving. Some will say they look significantly better than sleeved color-coded wires and require less space, though that's a matter of personal preference. while it looks like Corsair chose not to include a bag for the extra cables, the body of the unit itself comes wrapped inside a pouch for protection during shipping, and this pouch can be used to store the cables later on. 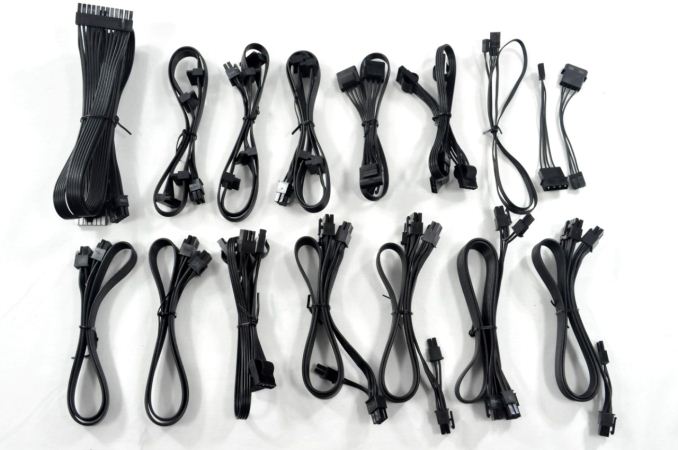