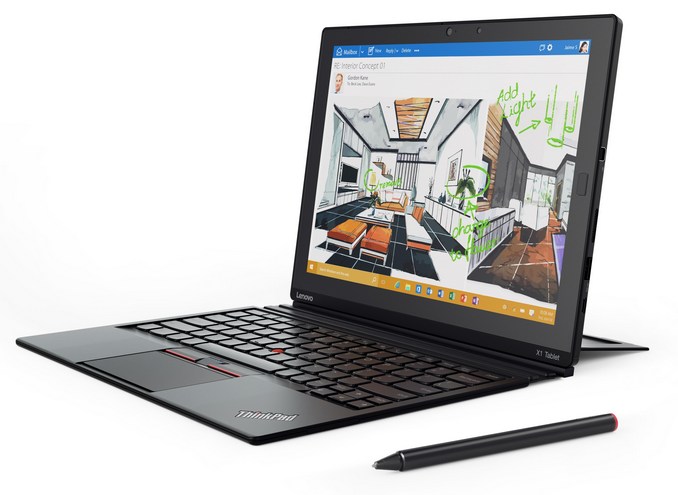 The convertible tablet segment has certainly gained a foothold over the last year or two, and now we are seeing a lot of great designs in this space. Lenovo already launched the MIIX 700 tablet which is a 12-inch 3:2 design. For business users that want the ThinkPad line, Lenovo is now offering the ThinkPad X1 tablet, which offers a lot of firsts for this segment.

Let’s get the traditional information out of the way first. It is a Core m design, which means that it will be fanless, and Lenovo is offering up to the Core m7 with vPro. 16 GB of memory will be available, as will up to 1 TB of PCIe NVMe storage. You can also outfit the ThinkPad X1 tablet with LTE-A, and this is the first Windows tablet to offer LTE-A support. Since this is aimed at the enterprise, the back panel is removable for servicing, which should make a lot of IT departments happy. The display is the same resolution as the Surface Pro 3: 2160x1440, which means it is a 3:2 aspect ratio as well. I’ve found the 3:2 aspect ratio to be a great compromise between tablet and laptop. It also features an active digitizer and pen support.

The X1 Tablet also offers a ThinkPad keyboard, including trackpoint, which can snap onto the tablet. It has three adjustable typing angles, and the tablet and keyboard together weigh in at just 2.4 lbs. The tablet alone is 1.75 lbs, similar to other laptop replacement tablets.

The real innovation with the X1 Tablet though is the modular options which can transform the tablet into a couple of different solutions. The first is the Productivity Module, which adds up to 5 hours of battery life (for a total estimate of 15 hours), and adds a full size HDMI port, docking, and full size USB 3.0. It’s a smart way to increase the battery life and connectivity of the tablet, and the module just snaps onto the bottom of the tablet. 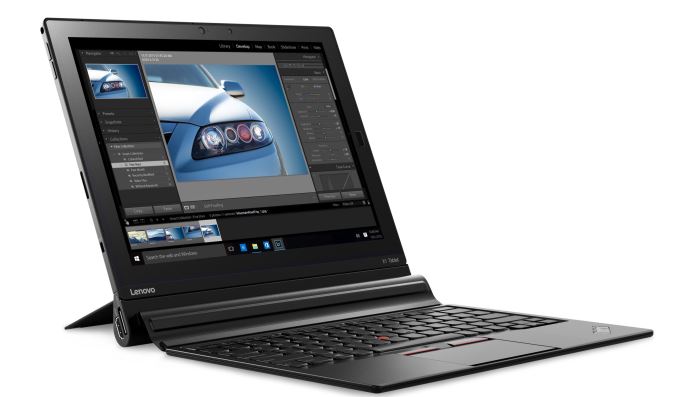 The second module is the Presenter module, which features a pico projector and HDMI port. When used with the included kickstand of the X1 Tablet, you can use the display for control and the projector for a presentation.

The final module is the 3D imaging module, which features an Intel RealSense 3D camera. You can use this to scan objects into software. Of the three, it’s likely going to be the smallest market, but it certainly is a smart use for the modular system.

Overall this looks to be a solid entry into this segment, and Lenovo is offering some truly unique and interesting ways to expand the capabilities of such a device. The X1 Tablet goes on sale in February, and starts at $899. The Productivity module which features additional battery, HDMI, and OneLink+ port, will retail for $149. The Presenter module which can project a 60-inch display from 2 meters, will retail for $279, and the 3D Imaging module will go on sale in May for $149.