Memory has an odd part to play in the desktop ecosystem.  There is plenty of it from many different manufacturers at various prices, speeds and benefits.  Most of the differentiation comes around the product, such that two sets of 8GB DDR3-1600 might differ in warranty and aesthetics alone.  With that in mind, we have several memory kits in the office tested, and the first one under analysis is a 2x8 GB DDR3-2400 C11 kit from ADATA’s XPG V2 line.

The 2x8 2400 C11 kit sits in that spot around the sweet spot for memory tests: it escapes the basic failures that slow kits have, yet the specification precludes the price from spiraling out of control in terms of the memory MHz race that many manufacturers are keen to be a part of.  While it is debatable if memory requires heatsinks, the gold colored ones on our XPG V2 aesthetically fit well with our ASRock Z87 OC Formula test bed and any similarly colored motherboard. 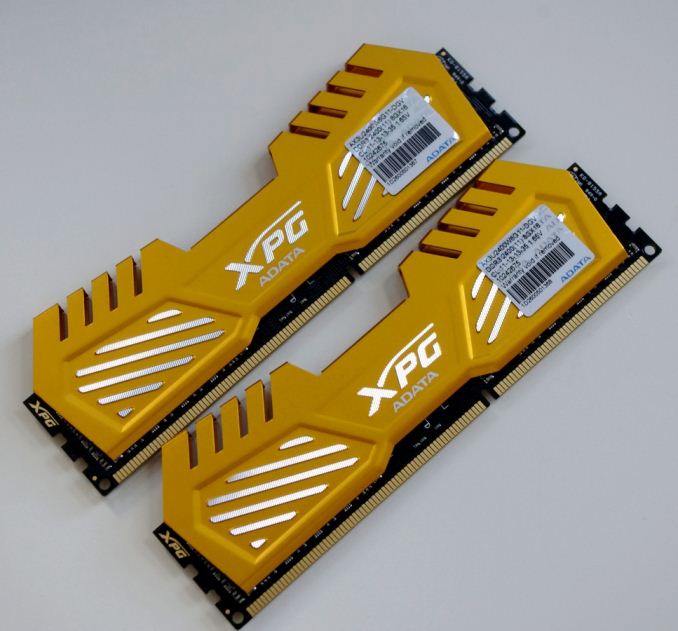 Overclocking performance at a boosted 1.72 volts gave a nice jump to 2666 11-13-13 stable, and a performance index of ~240 was applicable up to 2666 MHz from an original kit PI of 218.  Out of the kits we have in to test, this was actually one of the better results by comparison.

The AX3U2400W8G11-DGV 2x8 GB kit currently retails at $200, or $12.50/GB.  There are obviously cheaper kits available if you just need a 2x8GB kit without concern for the memory speed, but unfortunately for ADATA there are kits available at almost one third less, including their own tungsten grey versions at $140, which offers all the benefits just in a different color.  As memory has a tendency to go up and down in pricing, it is often best to check on the day. 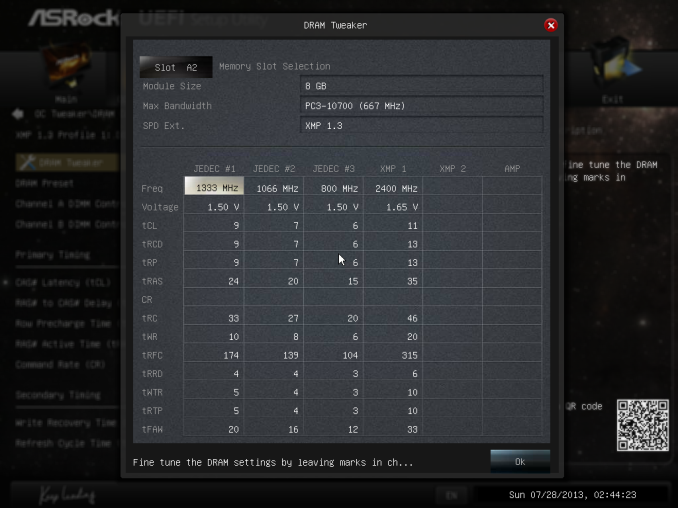 As this is our first proper memory review on Haswell, we have tested some other kits which are going to be the focus of future reviews, and thus as comparison points we have listed them here to give a scale of comparison.  Compared to the G.Skill DDR3-3000 12-14-14 kit that was the focus of the Haswell memory overview, the ADATA kit we are testing today seems to have looser tWR and tFAW timings.

Thankfully ADATA have avoided using annoying plastic packaging that can be a pain to get into – there is a simple tab on the back to help open their XPG V2 line of memory.  The packaging is simple enough, just a thin molded plastic to hold the memory in place: 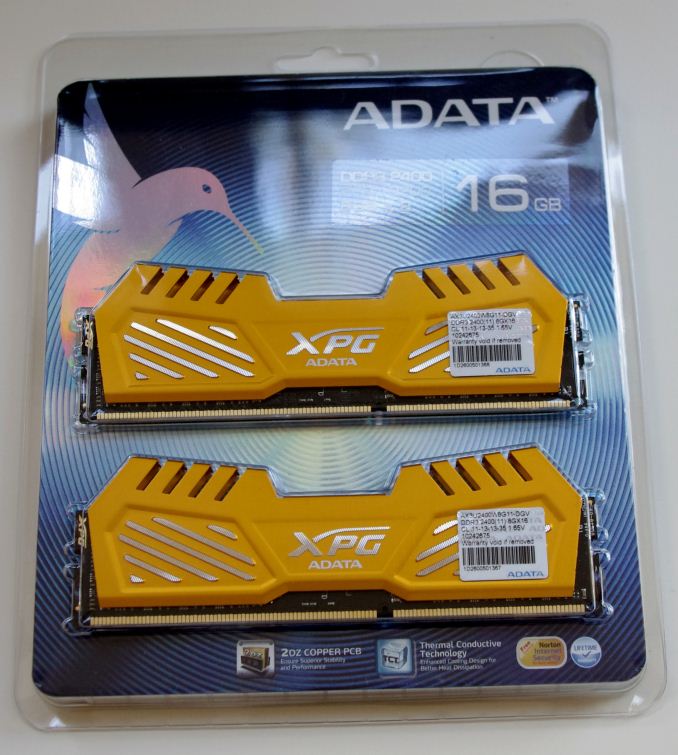 The modules themselves have additional z-height, measured at 13.8mm for a total height of 44mm (1.73 inches). 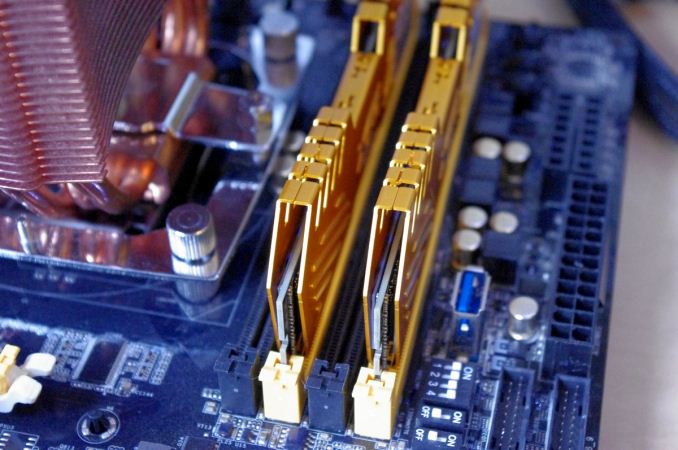 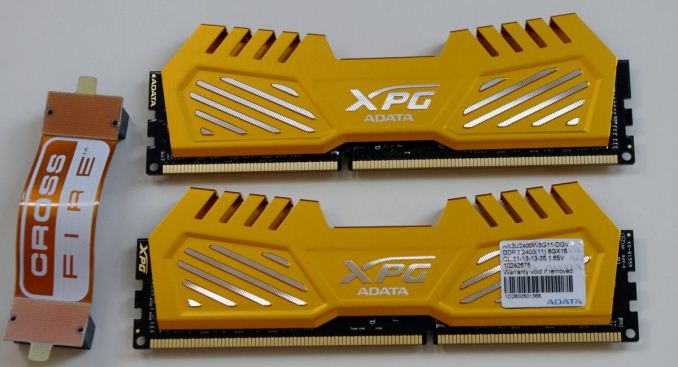